Brian Trautschold (@BTrautschold) co-founder of Ambition, graduated during the recession of 2009. As a finance major, let’s just say it wasn’t the best time to be in the industry. So Brian entered the boiler room-esque world of sales, selling servers for Hewlett-Packard. 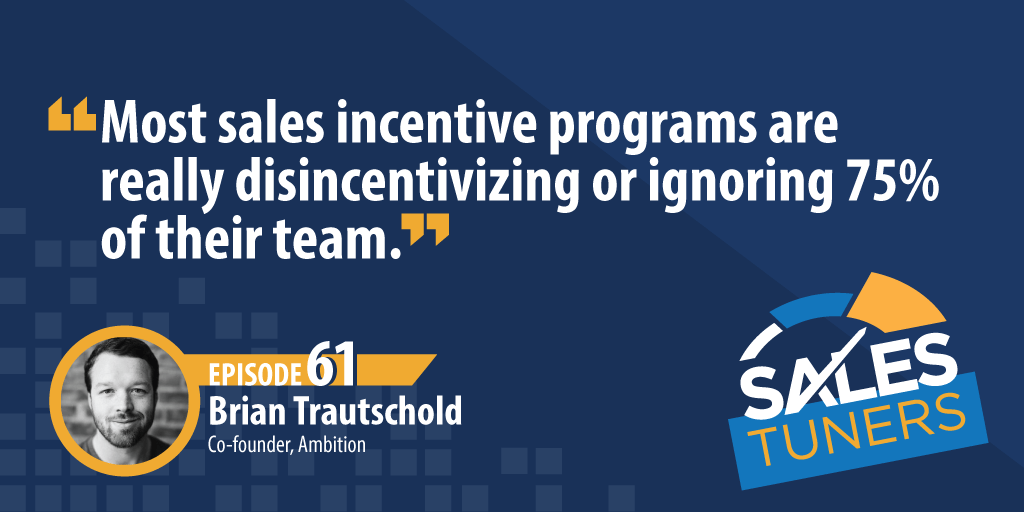 Working in a company as large as HP, Brian found it easy to get lost. Instead of hiding, he found ways to keep himself, and those within his sphere, accountable and motivated. He realized early on there was a science behind sales activities. It wasn’t just showing up and making the calls, rather it was tracking how the calls went, what times of the day was best to call, and most importantly, why.

Throughout his career, Brian has sought continual improvement. Like most things in life, he believes in trusting the process. He starts by asking, “what do I have to improve upon to get the results I want?” Then he works iteratively to create daily attainable goals. It’s much easier to hit your big goals when you start with bite-sized chunks.