108 – Starting from Scratch and Proving the Naysayers Wrong | David Lefever

David Lefever (@DLefeverTMG) is the Founder and CEO of The Mako Group, a company specialized in security audits and assessments. David focuses his efforts on reducing risk and exposure for healthcare, banking, and publicly traded companies. When he’s not busy growing his company, he’s spending time with his family.

David’s entrepreneurial sales story started from zero. Despite having limited connections, he knew failure wasn’t an option. He had a family to feed. So, he reached out to everyone he could think of in an attempt to drum up business. Luckily, with a relatively new service and little competition, he succeeded in landing some local clients, who served as a launchpad for his business. 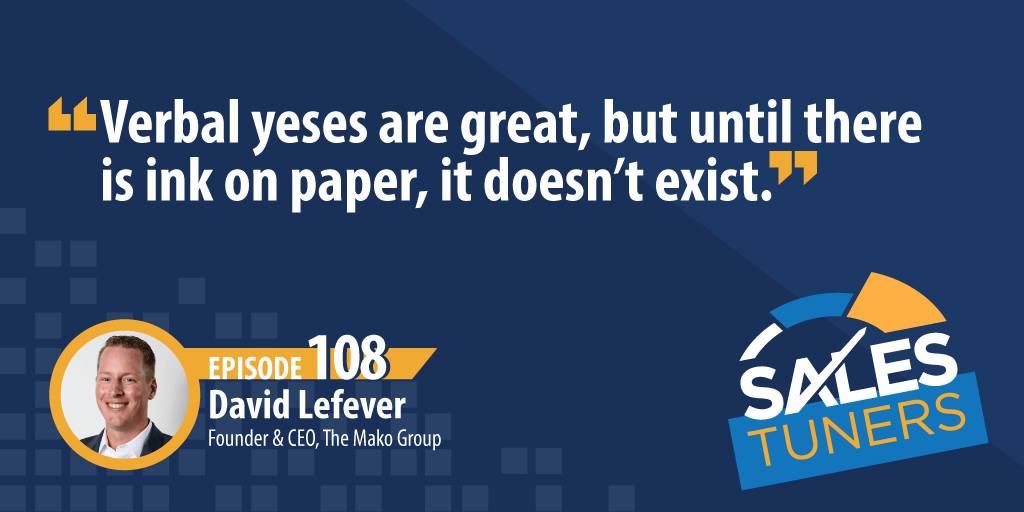 He credits his start-up success to the power of a hunters mentality and having the right attitude when it comes to hearing the word “no”. With the right mindset, every “no” you get can be seen as a success. Not only do they teach you valuable lessons about what doesn’t work, but each “no” is one step closer to the next “yes”.