051 – Humble Yourself: Getting Comfortable with Being Uncomfortable | Mike Julian

22 Aug 051 – Humble Yourself: Getting Comfortable with Being Uncomfortable | Mike Julian

Posted at 10:33h in Podcast by Jim Brown

What do you do when job market dries up right as you’re graduating college? For Mike Julian (MikeyJulian), the answer was to pack up everything he owned and move to Southeast Asia. But hey, life experience, right?

Growing up as one of six kids living in a trailer, Mike has always been resourceful. His first sales job he says was selling golf balls to golfers that he’d found in the woods. 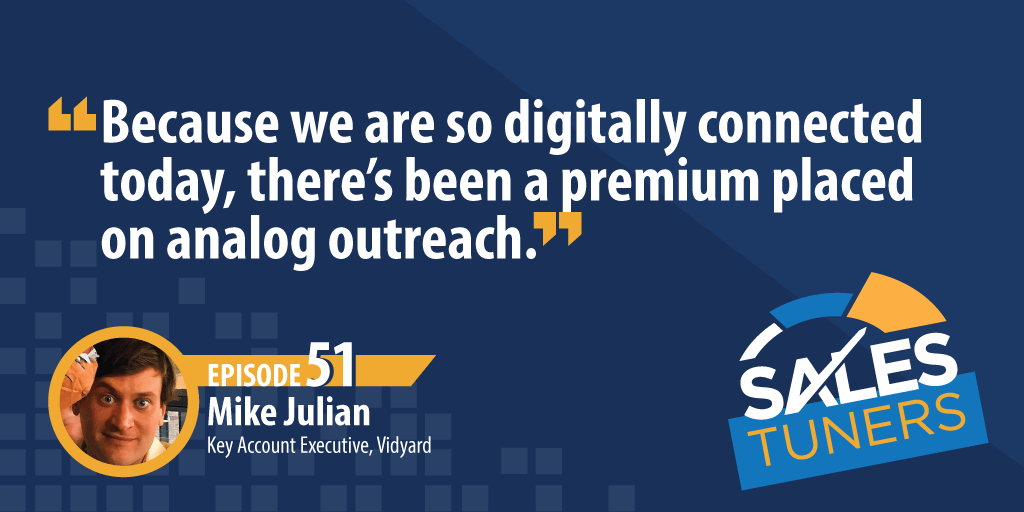 Today, he’s a key account executive for Vidyard, but it was those five years he spent overseas learning and growing both personally and professionally that shaped his career. Imagine not knowing anyone — friends, family, co-workers — truly starting from scratch. Mike said he’s was comfortable with the uncomfortable because it’s all he’s ever known.

Back then you could get by just putting in the work and making your calls. Fast forward 10 years and buyers today are inundated with calls and their inboxes are flooded with spam. To break through, Mike believes reps need to level up and think like a franchise owner as they develop their territory.