074 – Building Accountability and Follow Through in Sales Coaching | Pat Rodgers

Pat Rodgers, (@P_Rodge) Vice President of Sales at LearnCore, a sales training and coaching platform, uses his training and enablement skills not only in the office but also on the lacrosse field where he coaches kids.

Early on the challenge for Pat was gaining confidence and creating his way of delivering the message while remaining within the boundaries of the sales conversation. Instead of sounding like a robot, Pat encourages his sales reps to make stories their own. 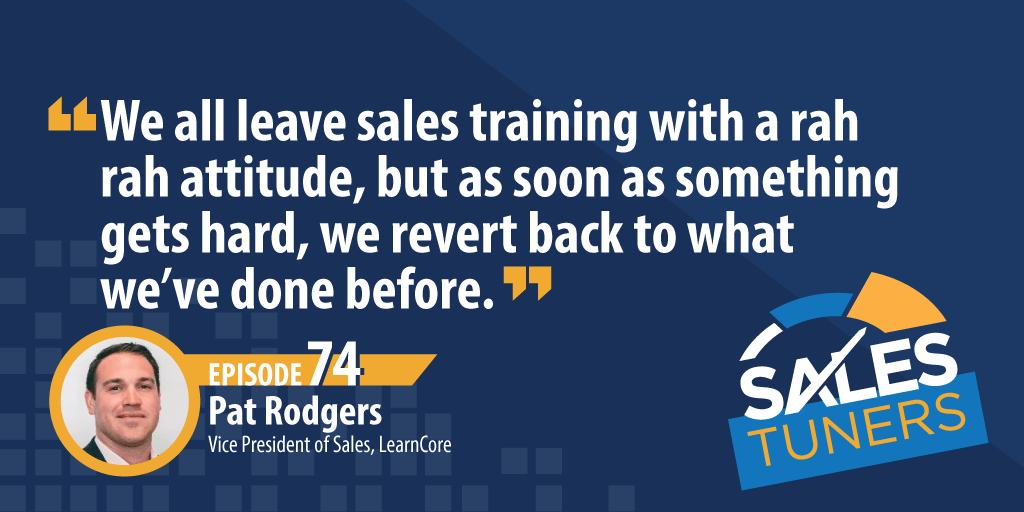 In his current role, Pat equips his team to understand what the decision maker’s goals are. By positioning the conversation with this in mind, reps can learn the proper business acumen to have high-level discussions.

For him, sales coaching is about the little things; it’s about the details that keep high performing reps on top of their game both personally and professionally. Pat empowers his team by having consistent one-on-one meetings but knows If there isn’t any follow through then coaching won’t be taken seriously and the conversation will revert to a pipeline discussion.