064 – Why Every Salesperson Creates Their Own Audience | Richard Vis

Richard Vis, Senior Learning and Development Executive at Staples Solutions, quickly realized he was not cut out for the life of a programmer. He was more energized by talking about the hardware and working in an interactive environment. After 23 years in sales, the process training he had as a programmer helped Richard level up in his career by understanding the significance of following a sales process. 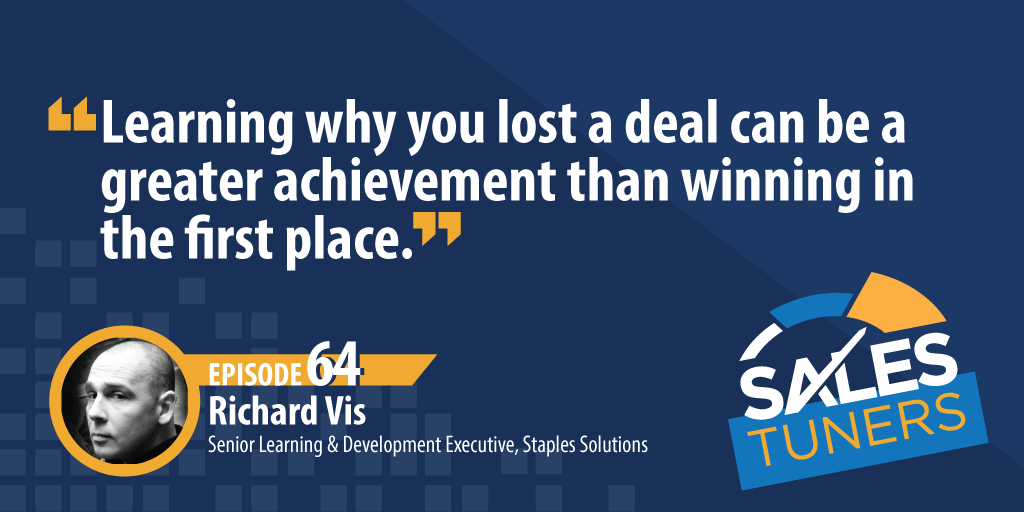 As someone who now educates and coaches a team, Richard started looking at behavioral style training. He has a natural interest in what makes people tick. So instead of focusing on the negative, he opens up the conversation based on what he sees, seeking to uncover how their actions impact their results.

Richard looks to empower his team to help them understand how their behavior creates their prospect’s behavior. In his coaching, Richard talks about the importance of knowing the techniques, but it’s just as important to use your intelligence to make the techniques your own.