Ryan Arnett (@B2GSaaS) is the Vice President of Sales at DocSend, a deal management application for sales. Ryan has spent more than 10 years leading and scaling sales organization at startups like Meltwater and OpenGov as well as larger companies like Thomson Reuters and Nasdaq.

As a former college athlete with a competitive spirit, Ryan stumbled into his first sales position while looking for a career where his hard work would pay off. Unfortunately, it was with a startup company that offered no mentorship, and he was forced to teach himself the ropes. He quickly realized that he didn’t need to be an expert to close deals. All he needed to do was keep picking up the phone and look at every conversation as an opportunity to continue sharpening his skills. 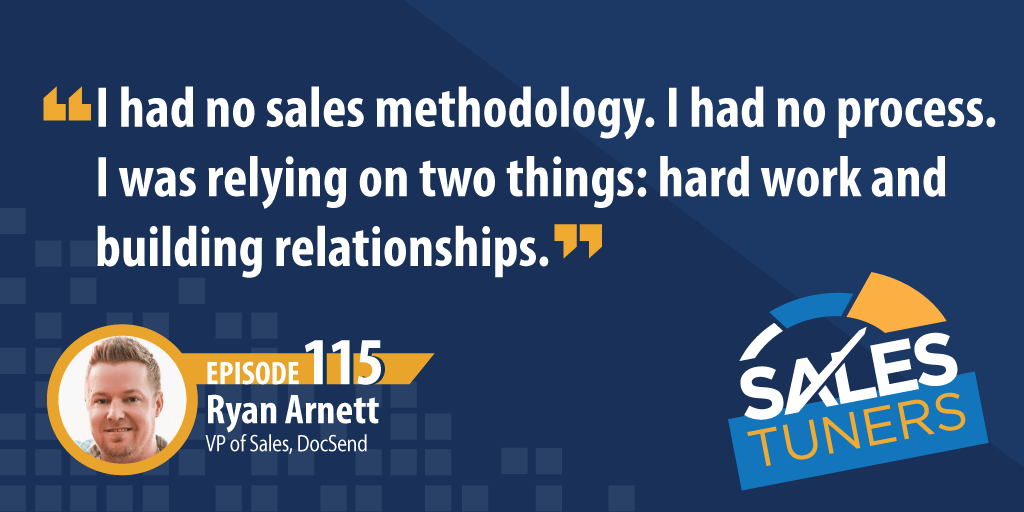 Ryan believes one of the biggest mistakes salespeople make is viewing their prospects as buyers. Instead of buyers, he looks at them as people—people he is genuinely interested in getting to know. In this week’s episode, hear how he manages to make this subtle mindset shift and how it leads to a more enjoyable sales experience for everyone involved.