Scott Brown (@sbrown) is a serial entrepreneur. Having started eight companies over the last 25 years—from topical analgesics to bounced email, Scott is now the Executive Director of UpRamp, an accelerator bridging the gap between startups and the cable industry. In fact, his parent company, Cable Labs, has either invented, perfected, or standardized pretty much every technology used on the Internet today. Scott is also an active advisor and investor who shares his unique blend of grit, technology and (C)lean Messaging with startups around the world. 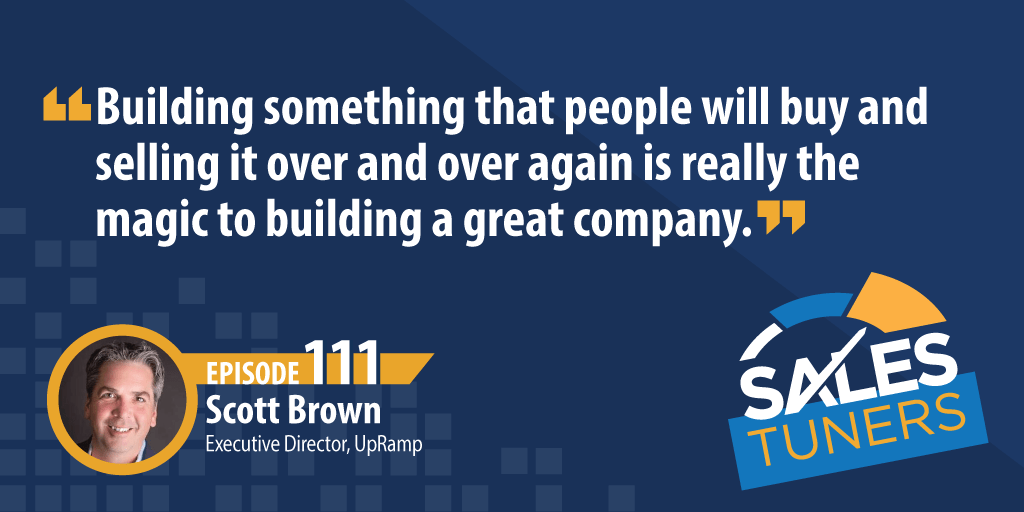 Scott’s path to sales is nothing if not unique. He began as an actor and, by happenstance, started and sold two companies in 24 months. Later, after feeling restless in his early retirement, he stepped into the world of sales. After an interesting interview, Scott was given an opportunity to learn from a master salesman who taught Scott everything he knows today.

Since then, Scott has found success in many different industries due to his innate ability to make meaningful connections. In this week’s episode, he shares his four-step “money ball” messaging framework that has helped him get to where he is today.