Posted at 11:03h in Podcast by Jim Brown

Sometimes it takes getting thrown into the fire to learn what your strengths are. That was certainly the case for Todd Muffley, who recently sold his agency Fat Atom after 12 years running it.

A consummate idea man, Todd has sold everything from chemicals to vinyl fencing, to ads above urinals and even pre-cooked family dinners.

Before he entered the business world, Todd was a Morse code interpreter for the U.S. Army, and for the last three years, he spent more than a month of each summer living on a sailboat named “Exhale” that he and his wife own in North Carolina. 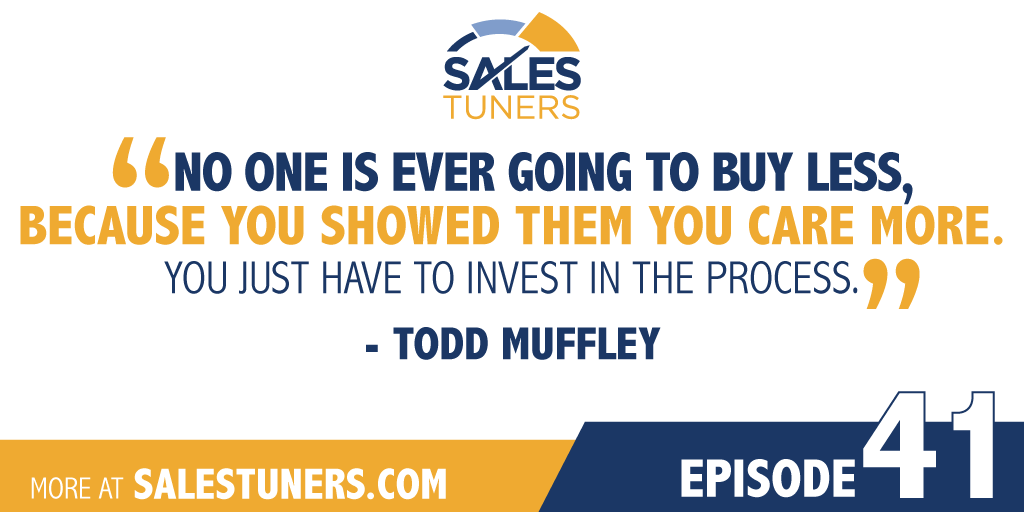 He believes in going all-in in whatever he tries to accomplish, and has sold more than $15 million dollars worth of marketing services throughout his career.

And all of it started when he was thrown into the fire selling chemicals for the family business. It only took three years for Todd to become salesman of the year selling something he knew very little about.

How? Todd embraces the importance of knowing where everyone is coming from and adapting to that to make a sale. Simply put, he believes in showing prospects you care.