107 – Showing Up Without Assumption | Wes Schaeffer

Wes Schaeffer (aka The Sales Whisperer) is an obsessively pragmatic entrepreneur who believes marketing is just selling in print. He’s written three books, worked with more than 2,400 entrepreneurs and sales reps, and has a blue belt in Brazilian Jiu-Jitsu.

Growing up in a low-income family, Wes (@SalesWhisperer) knew from a young age he wanted more. After serving in the military for five years, he sought out a career where he’d be paid based on production. That’s when he landed on sales. In his first year selling, he earned $100,000. Since then Wes’ career has skyrocketed. He attributes his success in sales to his ability to empathize with his prospects. He focuses on connecting human-to-human rather than just sales opportunities. By connecting this way, he is able to serve them better by understanding their fears, motivations, and ultimately, what makes them tick. 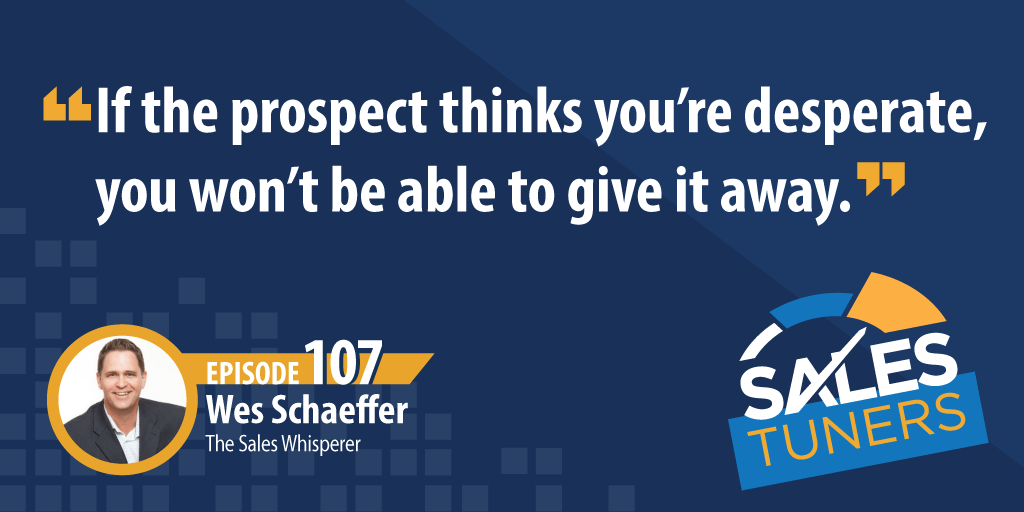